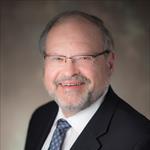 The response of lymphocytes to antigen which initiates an antigen specific immune response also represents a unique opportunity to study how complex molecular interactions between cells can lead to developmental decisions, cell differentiation and proliferation. We are interested in understanding how receptors involved in antigen recognition can initiate signal transduction events that regulate cell responses in the immune system. We know that receptors involved in antigen recognition functionally interact with tyrosine kinases and phosphatases, enzymes that regulate protein phosphorylation, to induce signaling pathways that regulate cellular responses and gene expression. We are using genetically selective small molecule inhibitors of kinases together with phosphatase mutants to study how thresholds for the initiation of immune responses are set and how feedback circuits influence responses. We would like to understand how the tyrosine kinases and phosphatases in these pathways are regulated and how they control cellular responses in development, in normal immune responses and in autoimmune diseases such as lupus and rheumatoid arthritis.