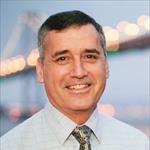 Dr. Wofsy received his undergraduate degree from Harvard (1968), his MD from the University of California, San Diego (1974), and his medical residency training and rheumatology fellowship training from the University of California, San Francisco. He joined the UCSF faculty in 1980. He currently Professor of Medicine and Microbiology/Immunology at UCSF. Dr. Wofsy also serves as Associate Dean for Admissions for the UCSF School of Medicine. He has served on numerous NIH study sections, and on the Arthritis Advisory Committee of the Food and Drug Administration. Dr. Wofsy is a past-President of the American College of Rheumatology.

Dr. Wofsy's research program is devoted to the development of novel therapies for autoimmune diseases, particularly systemic lupus erythematosus (SLE). For many years, his research focused on the cellular and molecular mechanisms that lead to autoimmunity in murine models for SLE. These therapies are designed to block pathologic immune responses without damaging the entire immune system. One of the therapies that was pioneered by Dr. Wofsy's group involves the B7 family of molecules on antigen-presenting cells (APC). These molecules play a pivotal role in the generation of T-cell help. Specifically, the interaction of B7 molecules on APC with their ligand (designated CD28) on T cells provides an important signal for T-cell activation. Dr. Wofsy first showed that selective inhibition of the B7-CD28 interaction retards autoimmunity in murine lupus. He subsequently showed that this beneficial effect could be enhanced substantially in two ways: (i) by combining blockade of B7-CD28 with blockade of other receptor-ligand pairs (CD40-CD40L) on the surface of T cells and APC; and (ii) by combining blockade of B7-CD28 with cyclophosphamide therapy. In each case, combination therapy provided a prolonged benefit without sustained generalized immune suppression. This work laid the foundation for translational studies that resulted in FDA approval of a new treatment for rheumatoid arthritis. Dr.Wofsy's current research is focused on establishing whether this therapy can be life-saving in people with kidney disease due to SLE.