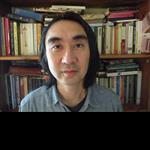 My main research interest is understanding the regulatory mechanism of eukaryotic gene expression. I have studied HIV transcription as a model system. However, my research topics are not limited to HIV and AIDS. The elongation control of HIV transcritpion which I have been studying during the past two decades is now recognized as a common regulatory mechanism in most cellular gene transcription. Since transcriptional regulation plays a central role in most biological pathways and diseases, I began to study the mechanisms of transcriptional regulation and misregulation in various diseases including cardiac hypertrophy, cancers such as breast cancer, leukemia and lymphoma, and autoimmune and inflammatory diseases.